Warning: "continue" targeting switch is equivalent to "break". Did you mean to use "continue 2"? in /nfs/c03/h07/mnt/168065/domains/crazysox.net/html/wp-includes/pomo/plural-forms.php on line 210
 the brother fairy | CrazySox

The other day Avery came home from a friends house with a “surprise for Sawyer.” She couldn’t explain anymore since Sawyer was listening too. She immediately went to her room and stayed there for about 20 minutes. That night she showed me what she’d been up to. She had a bunch of “treasurers” in a box that the “brother fairy” will be bringing to Sawyer at night. She asked me to put the letter under his pillow after he’d gone to sleep. 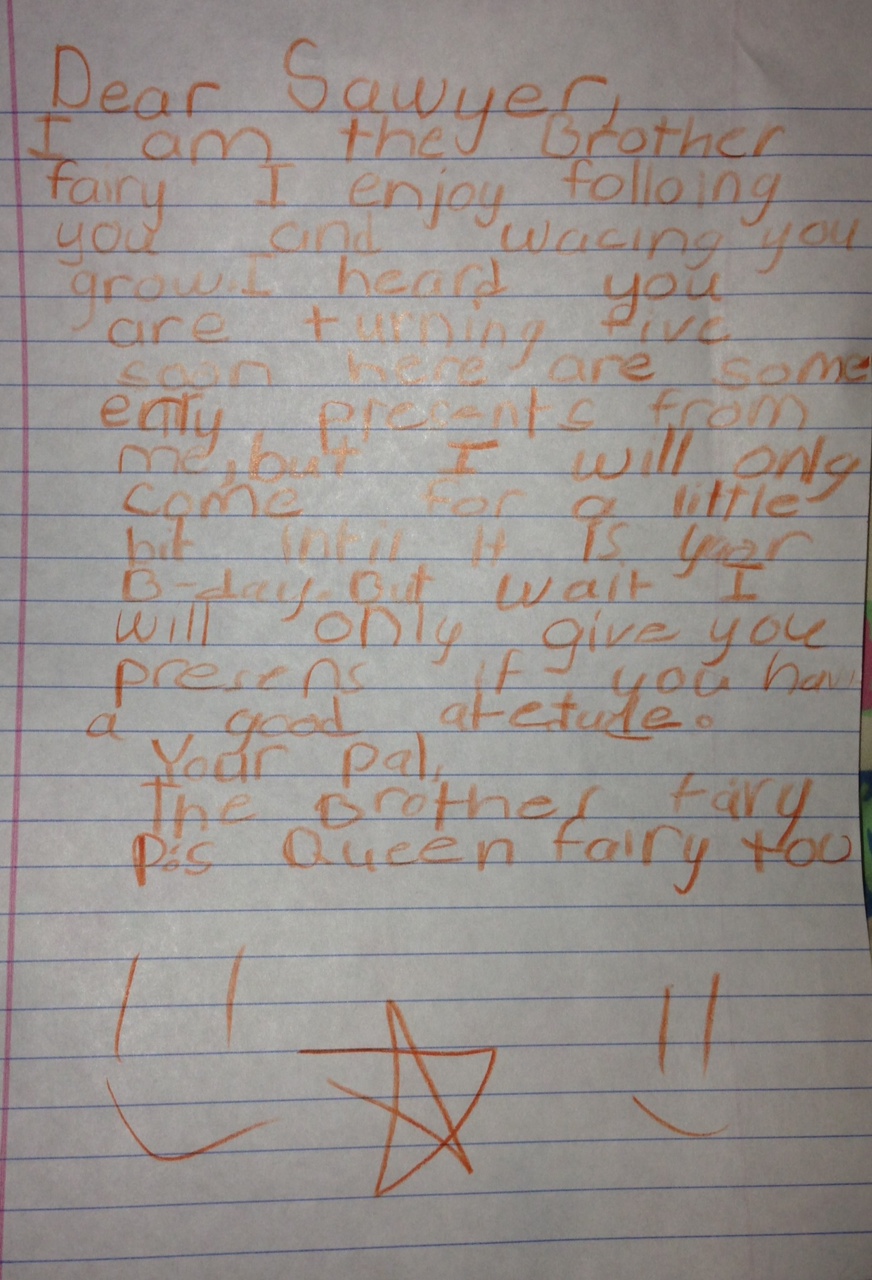 This is the letter that the “brother fairy” left for Sawyer.

I have no idea where she came up with this “brother fairy” idea, but I love that she’s including Sawyer this time. We’ll see where this goes…