Warning: "continue" targeting switch is equivalent to "break". Did you mean to use "continue 2"? in /nfs/c03/h07/mnt/168065/domains/crazysox.net/html/wp-includes/pomo/plural-forms.php on line 210
 skischule | CrazySox

We took off one afternoon to take the kids skiing. Avery took a lesson two years ago and Sawyer had never been on skis. We thought he’d be pretty good at it since he can ice skate & roller skate. We were right. They both did awesome! We decided to put them both in a two hour private lesson.

Sawyer was born ready. I showed him a youtube video of some little boys skiing that morning. He wasn’t hesitant at all.

Going up the “magic carpet.” It was conveyer belt type thing that kept on moving as the kids side stepped on and off. By the end of the lesson they were going up the chair lift. They rocked the slopes. 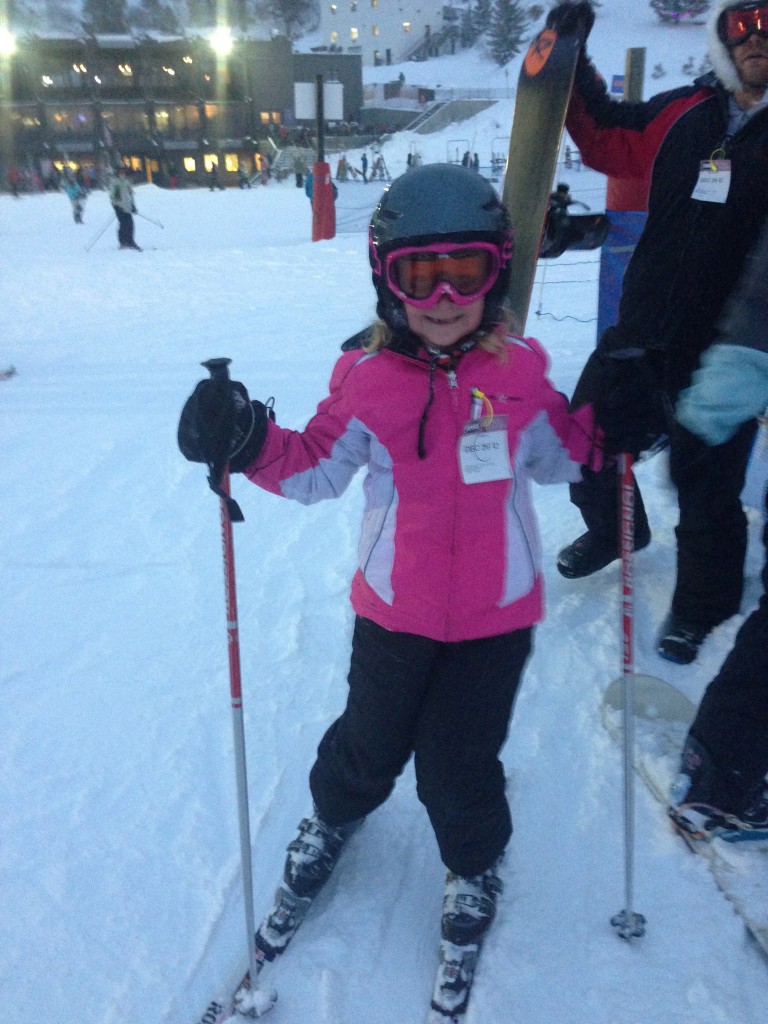 Avery really enjoyed her time on the slopes. She was a little disappointed that she didn’t ski with poles, so she’s using mine here. She took my poles up the chairlift, and somehow left one of the poles on the chairlift. It was waiting for me when I got back to the bottom. She didn’t complain at all- very unusual.

While the kids were in their skischule Dan snowboarded and I skied. I haven’t put on skis in 9 years. I still got it. I was shushing down the slopes and didn’t fall once- thats because I’m too cautious. After the 2 hour lesson we kept going, that proves just how much fun the kids were having.  I’m really glad we all got to ski. Sawyer is old enough now to join us in more and more activities. What’s next?