Warning: "continue" targeting switch is equivalent to "break". Did you mean to use "continue 2"? in /nfs/c03/h07/mnt/168065/domains/crazysox.net/html/wp-includes/pomo/plural-forms.php on line 210
 More Thanksgiving | CrazySox

Day 1- We ate breakfast in The Grand Californian Hotel. Big buffet and lots of characters. It was really fun to have the characters visit our table and “talk” to us. Not sure how they decide which characters come out since they seem so random. 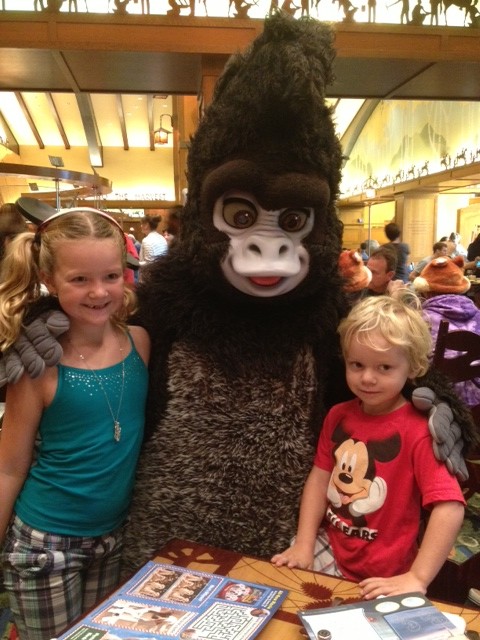 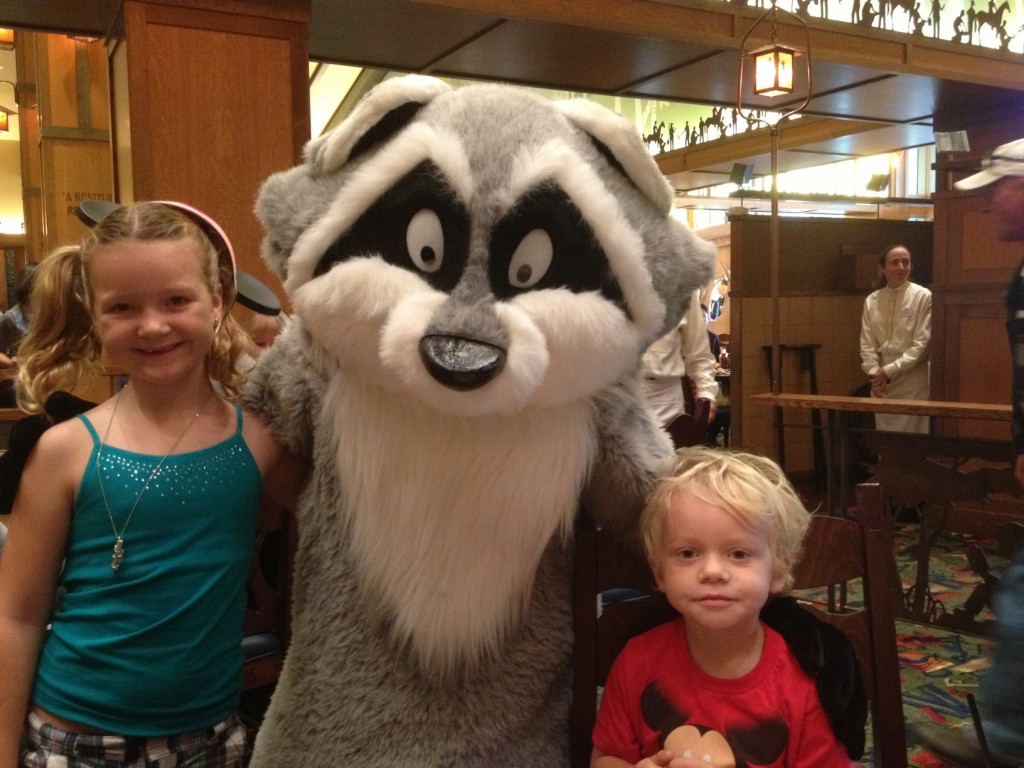 After breakfast we were all super excited to go to Cars Land in California Adventure. There are 3 rides in Cars Land, some eateries and fun stuff to look at. We didn’t make it on time to get a fast pass- they ran out at 10am! We decided that we would stand in line for the ride… 3 hours! When we went to get into line Sawyer was measured and he was cleared to ride- 40 inches! We were excited for him. Yes! At 40 inches a bunch of rides just opened up for him! When we FINALLY got up to the front a guy from the “pit crew” (cast member) wanted to measure Sawyer again, no problem, he was cleared at the front of the line… not so fast! The pit crew guy said Sawyer was close, but just didn’t make it. Sawyer was crying, Avery was crying, I was close to tears and Dan was pissed! Avery and I went on the ride while Dan and Sawyer dealt with the debacle. 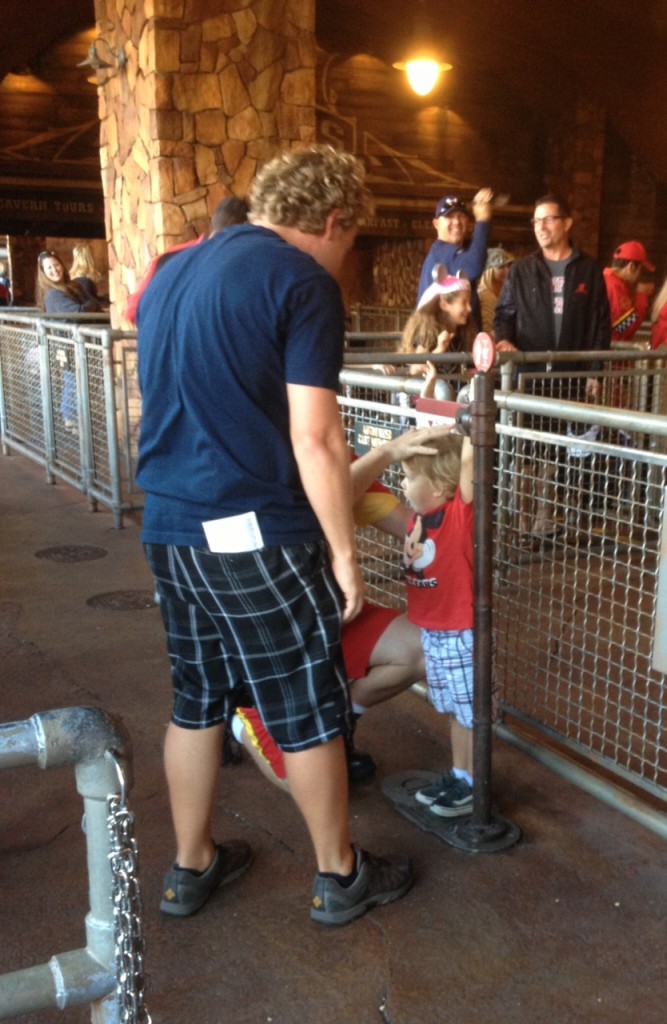 We were really irritated about this! Sawyer was wearing Vans at the time- super flat shoes. I had tennis shoes in the hotel room that I knew would definitely put him over the 40 inch mark. They worked, he got to ride a bunch of new rides in his tennis shoes.

We did get to ride the Cars Ride two more times on our trip. We got to California Adventure early enough to get a fast pass and Dan complained at the Chamber of Commerce and got another one. This didn’t make up for our 3 hour wait in line, but Sawyer got to ride so it was worth it. 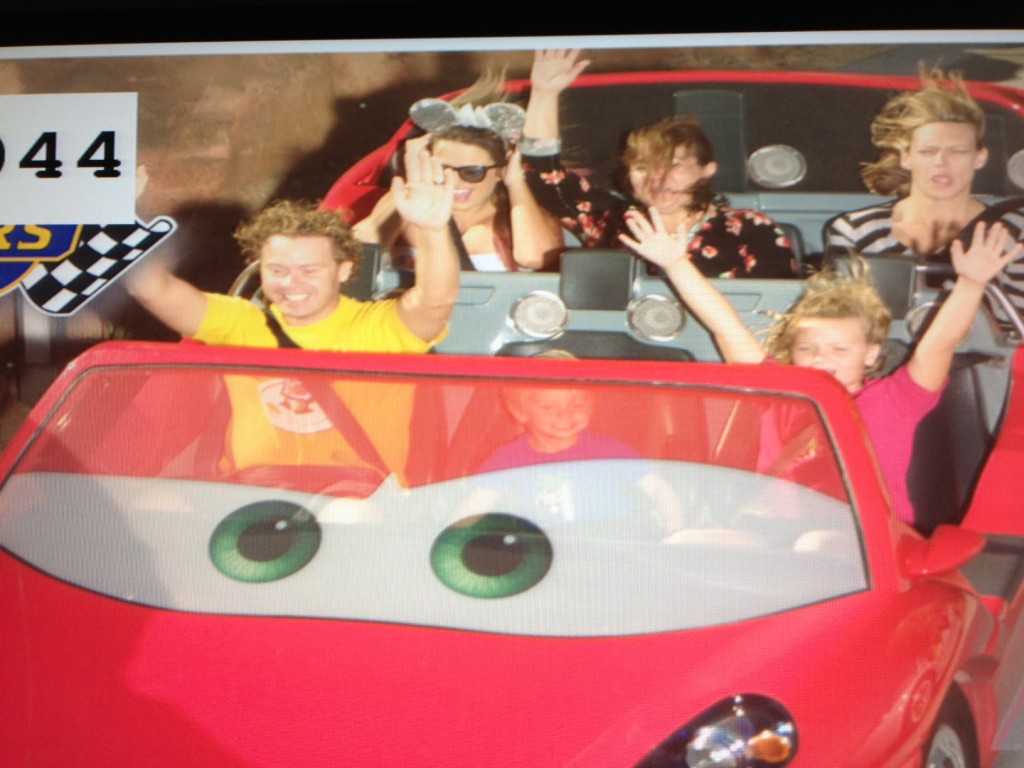 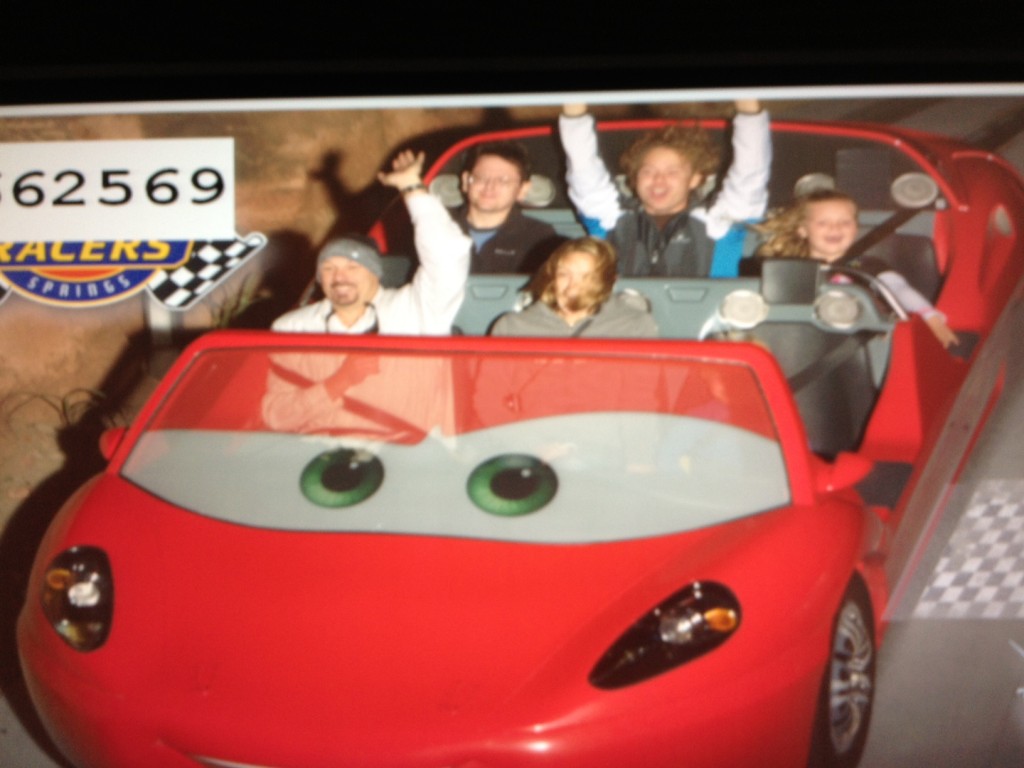 You can’t see Sawyer in either picture, but he was there and he loved it!