Warning: "continue" targeting switch is equivalent to "break". Did you mean to use "continue 2"? in /nfs/c03/h07/mnt/168065/domains/crazysox.net/html/wp-includes/pomo/plural-forms.php on line 210
 date with my son | CrazySox

Dan and I make a point to spend one-on-one time with each kid at least once a month. Sawyer’s in school only 3 mornings a week, so we get 2 days while Avery’s in school and 3 short afternoons together till we pick up Avery. Since we get a lot of time together I don’t take time on the weekends to do special stuff with Sawyer. I let Dan take each kid out for a special outing. Today Dan insisted that I take Sawyer while he and Avery did some yard work and so they could both take a nap.

I “owed” Sawyer a trip to the mall. A few weeks ago we had to make a quick trip to the mall to pick up a gift card, so we didn’t have time to stop and look into any stores or get a snack. This afternoon Sawyer and I went to the mall. I didn’t realize that “holiday shopping” had begun, the mall was crowded, but not horrible. When we go to the mall we go during the week when it opens and there’s no one there. His choice was to go to “the store with the show” playing- Crazy 8. I had a 25% off coupon so I didn’t mind spending some time in there. Then we took a trip on the mall train. He really loves that train. While on the train we drove by Orange Julius, so we went there after the train trip for a smoothie. Kills me to buy a smoothie ($4.50) when we can make better ones a home for super cheap! The last stop we made was to the Bath & Body Works. Sawyer has been asking for his own hand sanitizer for a few weeks now. Avery has her own that she got from a birthday party. He picked out his own scent (falling snow) and a special penguin holder. He was so happy to use his own hand sanitizer- it’s the little things that make him so happy. 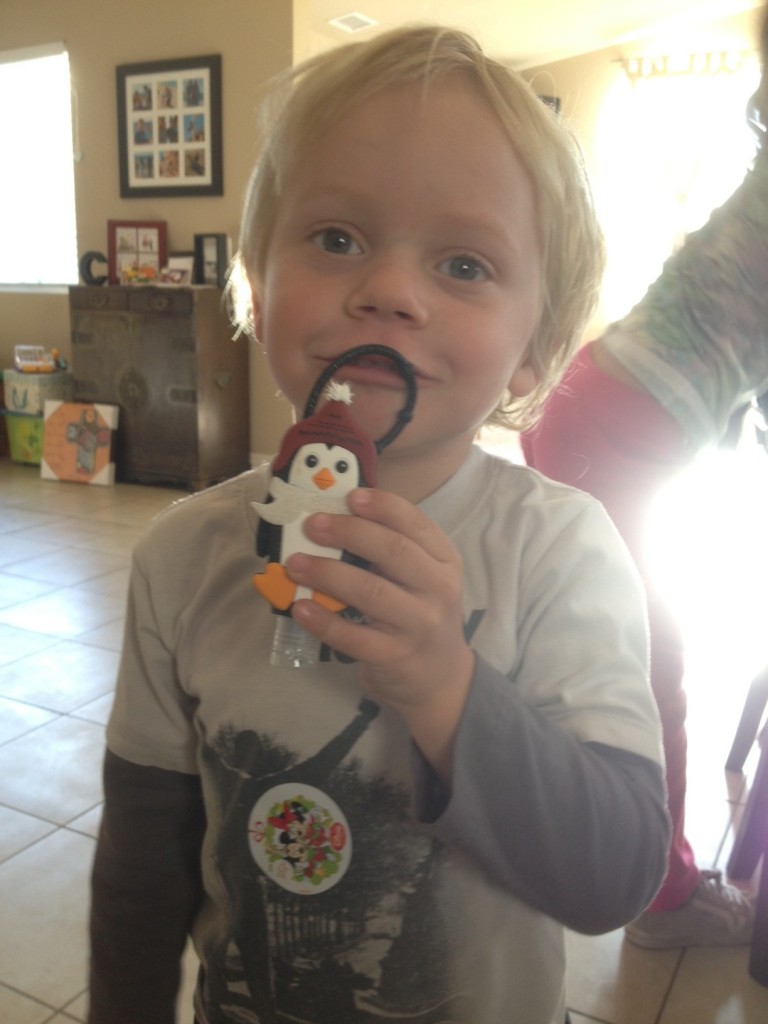 I am happy that Dan insisted we leave for a few hours this afternoon. He knows that Sawyer and I both needed to get out together.